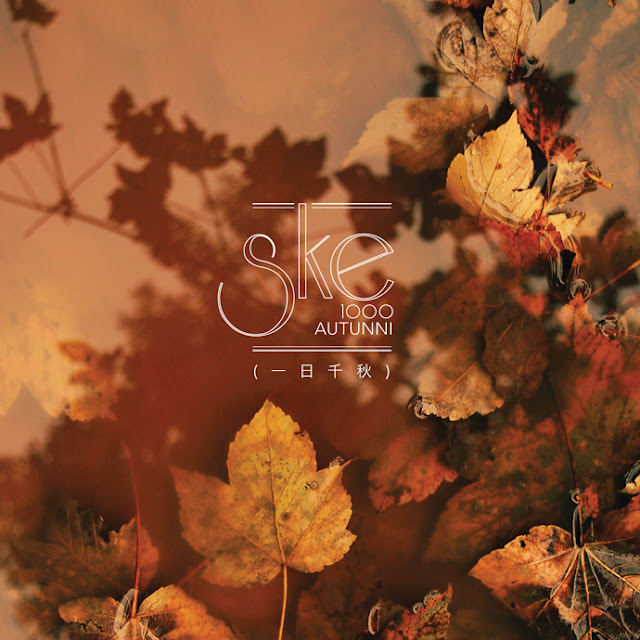 I'd take a 1000 autumns over one summer.
Readers are going to start I’m making this up or that I am being paid to write this. Or that I’m just biased. Extremely biased.
But what can I do, how can I react, other than with utter astonishment and joy when I hear the sublime music that comes from albums such as 1000 Autunni?
Here you have keyboards player Paolo Ske Botta, of the mighty Yugen, releasing an album of his music and what is in here is bliss for anyone who likes melodic and beautiful adventurous music; real adventurous melodic music, not the regurgitation of previous achievement found in other albums that inundates the progressive rock “scene” nowadays (though I do like and enjoy many of those as well, to be honest and fair).
And what disturbs me is that an album of this caliber gets little recognition and mention, it is hardly celebrated, reviewed and recommended. An album like this should appeal to all those 70s progressive rock golden era fans (as well as those embracing the more “out there” and “experimental” side of progressive rock). Those golden-era fans should like this, not because it sounds like this album is from that place and time, but because it does the same thing the bands of that age did (or tried to): explore various ways of creating music, experiment, mix influences and styles, do some trial and error. In other words, to progress beyond what is done in the general scene and make something unique, creative and (relatively) original (as much as possible).
Granted, this album is influenced by those classic bands, but the key word is influenced, not molded in their form. It brings in a storm of freshness, much like Yugen’s Labirinto D’acqua did. It melts the ingredients of its influences and forms a fresh and unique sound and approach that will appeal to both those who like the classic “symphonic prog” and those who like their playful and melodic avant-prog (such as Yugen, French TV and Miriodor). Listen to Mummia and Denti and hear how Paolo reconciles the two, or rather, fuses them together.
1000 Autunni has lush tunes, melodic and seductive, at times angular and in your face (Scrupoli, Fraguglie, Denti), at others soft and comforting (Delta, Scogli 1, Sotto Sotto). The three Scogli tunes will be a test for the more “orthodox” listeners as they explore the “outer rim” and provide a more abstract and calm pace.
A piece like Denti will remind to some of Anglagard in places with its use of flute and mellotron and in others places it will remind others of Yugen. This piece is a great example of a fusion of the “symphonic prog” and “avant-prog” sides, scrambling both in a melting pot and molding them according to Ske’s vision.
In Carta E Burro we are graced with beautiful female vocalizations by Roberta Pagani. The piece starts in a laid back mode and in the middle part an increase in tempo as the keyboards and saxophone engage in a superb interplay, only to relax again towards the end of the song. This solo part of the keyboards (which I think is a Farfisa organ), brings me to another point: there is use of a lot of wonderful types of keyboards here, contributing to a somewhat of a vintage-y sound (as well as the occasional reference to the “Canterbury school” sound). However, these different types of keyboards and the vintage atmosphere do not drown out and overtake the album’s sound and style, they just make part of it, as is evident once listening to the album.
You are faced with a variety of instrumentation as well as an array of musicians. Paolo’s friends from Yugen, Francesco Zago (guitars), Valerio Cipollone (saxophone and clarinet) and Maurizio Fasoli (piano) as well as Camembert members Pierre Wawrzyniak (bass) and Fabrice Toussaint (vibraphone, marimba, trombone, congas) all guest on various tracks here alongside an extended lineup of other musicians.
The musicianship is, as one would expect, top notch and the production crystal clear. I can hear the smallest of nuances and details and thankfull, there’s a lot to pay attention to. Multiple listening rounds are needed to get a full grasp of this broad work and in my case, those were very rewarding listening experiences. I particularly appreciate the shift from the subtle and more serene parts to the rhythmic, angular and powerful sections with the always present attention to details and the layering of the instruments one on top the other, without masking them.
Listen with great attention or don’t listen at all.
For a limited time you can stream it on ProgStreaming here.