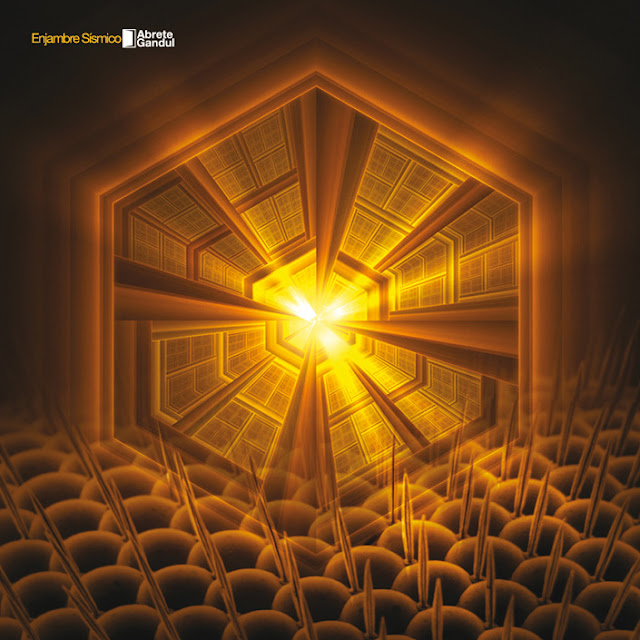 With their third album, the Chilean band Abrete Gandul are now signed to the superb Italian label AltrOck with its roster of forward-thinking, experimental and progressive bands (this album is on Fading Records, a division of AltrOck). Hopefully, this will give this talented instrumental progressive rock band their much-deserved exposure.

Much like their fellow label mates, they too create music that is informed by various sources and styles, and use that to create their own sound. This album is wonderfully produced, every instrument is heard clearly and the sound crisp.

This in turn allows the listener to appreciate the musicianship demonstrated here. In fact, I think I found a new favourite drummer. The drumming is of high caliber throughout the album. Drummer Antonio Arceu is pouring his guts here, going in various directions, and being more than just a meter counter for the band. He creates rhythms and patterns that elevate the pieces. Arceu’s drumming is perfectly suited for the band’s dynamics as he goes from full on complex blasting to subtle percussion work when the song requires it.

Jaime Acuna on keyboards provides the tunes their much-needed layering and vibe. With his keyboards, he not only paints the music with the accompanying notes and chords but also with cool sound effects. Pedro Santander’s bass is heavy and gruff sounding, but played in a groovy manner. Rodrigo Maccioni’s guitar changes from delicate to forceful and assertive and gives the determining tone to the music. His effects are a great addition to the tracks, as they take them a notch higher. His flute playing is also of note and it softens a bit the hard edge of this album (as is evident in Colapso).
Leo Arias’ (Akineton Retard) saxophone work in the three pieces he plays in (particularly his long solo in Consecuencia Natural) is a joy t listen to.

Their music is jazzy, dynamic and aggressive. It is intricate and always on the move, always striving and pushing forward. Even in slower parts such as in the opening of Marejada, there is not much lingering about as the tune quickly picks up pace and moves on naturally to the next segment. Abrete Gandul don’t like being stagnant for too long. They keep galloping forward in each piece, even by making small changes, but the propulsive rhythm is constant.

They have a good balance of melody development and creation of atmosphere. A good example of that is found in Convergencia Caotica. Indeed, they give equal emphasis to the melodic content as to the vibe and feeling of each piece (hence the importance of the keyboards and the guitar effects).

As others have noted King Crimson (Red era) is something of a reference point (in this album as well as the previous ones). One can hear the influence in the music’s aggressiveness, the roughness of the guitar tone and the occasional angularity of the compositions. But along with those characteristics, the melodic side is always present, as is a certain jazzy vibe, an upbeat spirit that seems to fight a darker facet in their music. Indeed, I hear a battle between aggression and tenderness, between harshness and warmth. Again, the piece Marejada is a good example of this, as we have a back and forth between an aggressive and rough side and a gentler and more buoyant and optimistic side.

In Abrete Gandul’s music I find the portrayal of the daily struggle that we each face. The obstacles in our way and our power of spirit that is needed to overcome them. Their music depicts well how aggressive and hectic our world can be and how tough one must be to survive and navigate through it to prosper. Depending on where you come from and where you live, this message will get across to you or not.
Abrete Gandul’s music is powerful, hard-hitting but contains elements of hope and tenderness. Their melodies are well developed and intricate, as are the sounds that envelope it.
Enjambre Sismico is a stellar album.